As Ko (2013) pointed out, the sport industry is a large and fast growing business. The U.S. market accounted for as much as $400-435 billion in 2012. Sports equipment companies provide the products required to practice and enjoy sports: clothing, footwear, and other apparel and gear. Therefore, sports equipment brands surround all the aspects shaping the sports industry. In addition, they extend their arms to also embrace the fashion market. A few equipment brands, such as Nike and Adidas are listed among the most powerful brands in the world (Badenhausen, 2012). Data about some giant brands of this industry reflect the relevance of this business. For example, Nike global sales were to $21 billion in 2011, (Cendrowski, 2012); Under Armour spent $205.4 million on marketing in 2012 (Lambert, 2013) and Nike $2.4 billion in 2011 (Cendrowski, 2012); The football teams Real Madrid and Barcelona get an average of $49 million a year from Adidas and $43 million from Nike, respectively (Ozanian, 2012); and Adidas paid $130 million to become the official sportswear provider of London 2012 summer Olympics (Anderson, 2013). 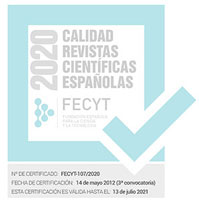